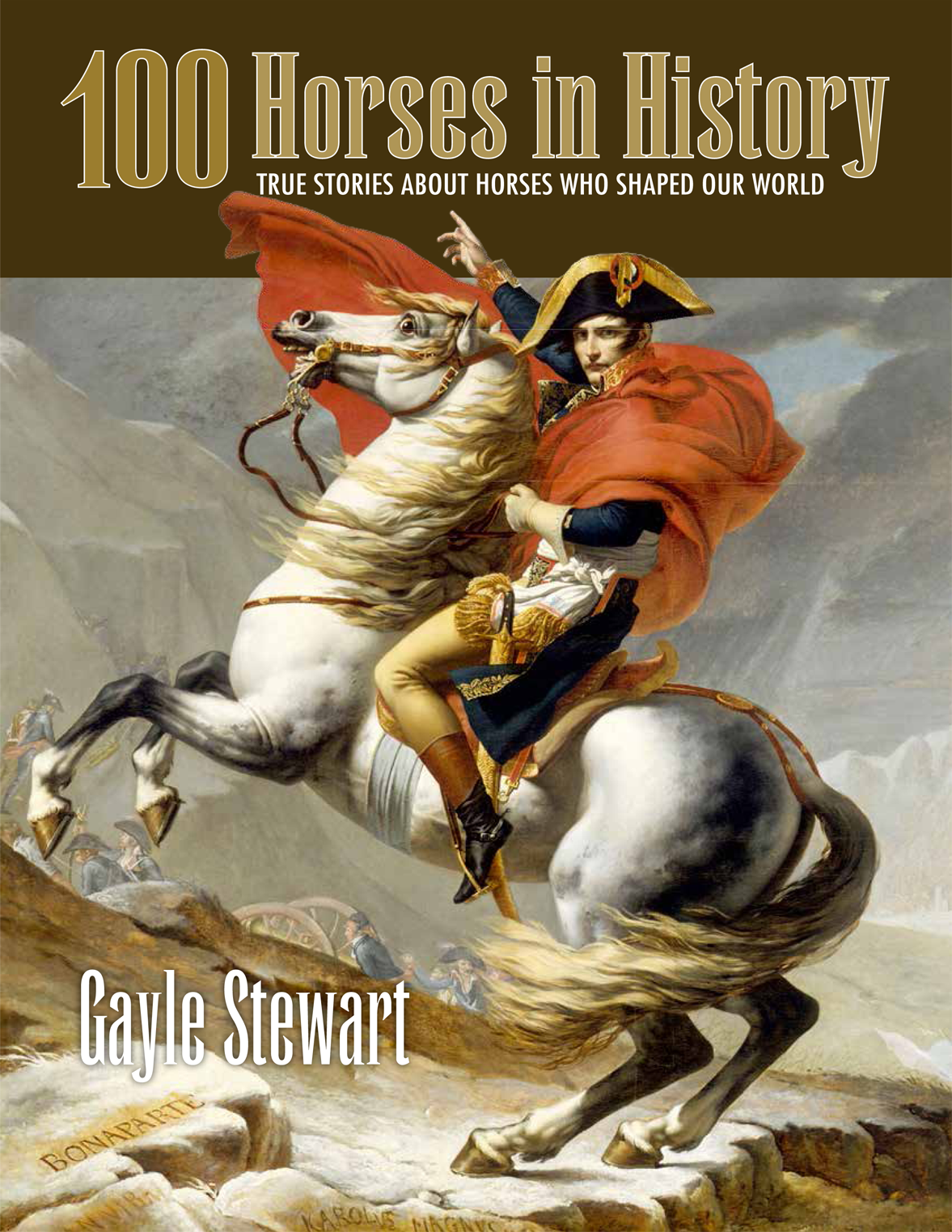 100 Horses In History features horse and pony personalities in eight chapters: The Trailblazers; Movies, Music, and Timeless Tales; War Horses; Call to the Post; Celebrity Status; Heroes and Heroines; Stars of the Show; and Legend and Lore.

Leading the charge of war horses is Marengo. He was a small Arabian stallion and carried French Emperor Napoleon Bonaparte throughout his attempted conquest of the world.

We will never forget the chestnut juggernaut Secretariat who won the Belmont Stakes by thirty-one lengths and the 1973 Triple Crown, setting records in each of the Triple Crown races.

Each biography features a photograph, painting, drawing, and in one case, sheet music. (Look around at cupolas and barn roofs ...you might see the trotting Smuggler weathervane.)